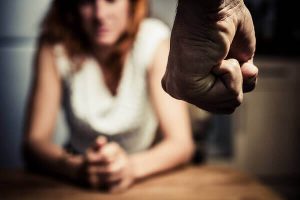 Many domestic violence cases we defend are brought in the form of a domestic battery charge. Similarly, we often defend cases involving simple battery or simple assault. In many of these cases, we are to raise the defense(s) of self-defense, coming to the defense of another, and/or duress. We often see the alleged victim of a battery charge contemporaneously file an injunction against our clients as well. Unlike a criminal charge, injunctions are civil in nature, yet they can have very negative consequences against those on the receiving end of the said injunction. At our firm, we have defended numerous injunctions and stand ready to defend our client in injunction court as well.

Moreover, many times the State of Florida may not have enough evidence to prosecute the crime under the law. In those cases, a motion to dismiss may be appropriate to make the case go away in its entirety. If evidence was gained in an illegal matter a motion to suppress this evidence is a useful tool to assist in the case. The start of a good defense always involves quickly speaking with witnesses and looking for any and all legal defense that may be used in court.

Our ability to recognize deficiencies in the State’s case and to take a case to trial, if needed, may result in: the charges being dismissed, much of the evidence being suppressed [thrown out], or a possible acquittal at trial. Of course, the facts of each case are different and no lawyer, pursuant to Florida Bar Rules, can promise guaranteed results.

Our firm represents clients with violence charges ranging from simple assault to attempted murder and murder. Such charges include, but are not limited to:

Most simple battery prosecutions are brought as a misdemeanor charge. However, the charge may be aggravated to a felony if (1) the injuries to the alleged victim involve serious bodily injury, (2) the alleged victim is an elderly person, or (3) if the person accused has been previously charged with a simple or domestic battery. For a full analysis of your case, you should talk to experienced Jacksonville FL domestic violence attorneys. Many people often ask what is the difference between a simple battery and a domestic battery? The answer to this question is basic and usually very simple. A domestic battery is generally the same thing as a simple battery only in a domestic battery there must be some form of intimate or family relationship between the alleged suspect and victim. For instance, if you were arrested for allegedly battering your spouse this would be charged as a domestic, versus simple, battery just for the fact there was a relationship between the two parties involved.

A felony battery may be charged as a third or second-degree felony, depending on the facts of the case. Certainly, for those facing a felony battery charge, the stakes are far higher as the person charged will be defending a felony, versus misdemeanor, case. 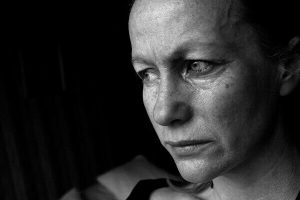 As stated previously, this is just a simple battery where one is arrested [and/or charged] with this crime as there is an intimate relationship between the alleged victim and alleged suspect. This can, and often does, include relationships between siblings, parents, and children. An experienced domestic battery attorney in Jacksonville can assist you when dealing with such a charge.

This form of charge or crime is basically a domestic battery that has been elevated to the status of a felony versus a misdemeanor. The reasons for this vary. First, if you batter your spouse or girlfriend while she is pregnant the charge is elevated from a misdemeanor to a felony due to the pregnancy of the victim. Similarly, if you allegedly strangled someone during the course of a crime this may likewise be grounds to aggravate the charge to a felony.

Any infliction of physical or mental injury upon a child can be classified as child abuse. The State of Florida aggressively prosecutes cases of child abuse. Child abuse is a serious charge and should be defended by a lawyer or law firm with experience defending these types of cases. Many times, we see these charges filed where a parent was disciplining a child. The State often looks at any form of traditional discipline, spanking for example, as excessive which makes them bring charges against a parent or both parents. In any event, if you feel you are under investigation for any form of child abuse it is important for you to protect your rights and hire an experienced law firm like ours. 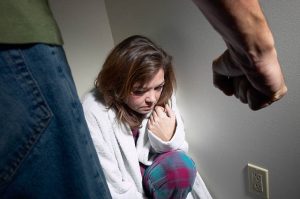 An affray violation is also called a fighting charge. It is generally different than a simple battery charge in that the crime itself is not a violation of the Florida Criminal Statutes. Rather, the charge of an affray or fighting is a violation of the Jacksonville City Municipal Code. Other surrounding counties and cities of North and Central Florida have enacted their own version of a fighting or affray charge.

As the name implies, a fighting charge basically means just that. Namely, where one or more people engage in a physical confrontation that does not, or may not, rise to the level of a simple battery. A person charged with fighting or an affray charge may face up to 60 days in jail if convicted of this offense.

In many domestic battery or simple battery cases, we are able to negotiate the case or charge down to an affray. This is considered in most cases a victory especially if the underlying facts of the case did support a prosecution for a more serious assault-type charge. As stated previously, an affray is a lower charge as it is a violation of the local city ordinance versus a crime pursuant to Florida Statutes.

Contacting the firm is free. We understand that the disputes facing you, your family or your business can seem daunting. It is our goal to put you at ease.

If you would like to speak with someone directly

Request a Call Back